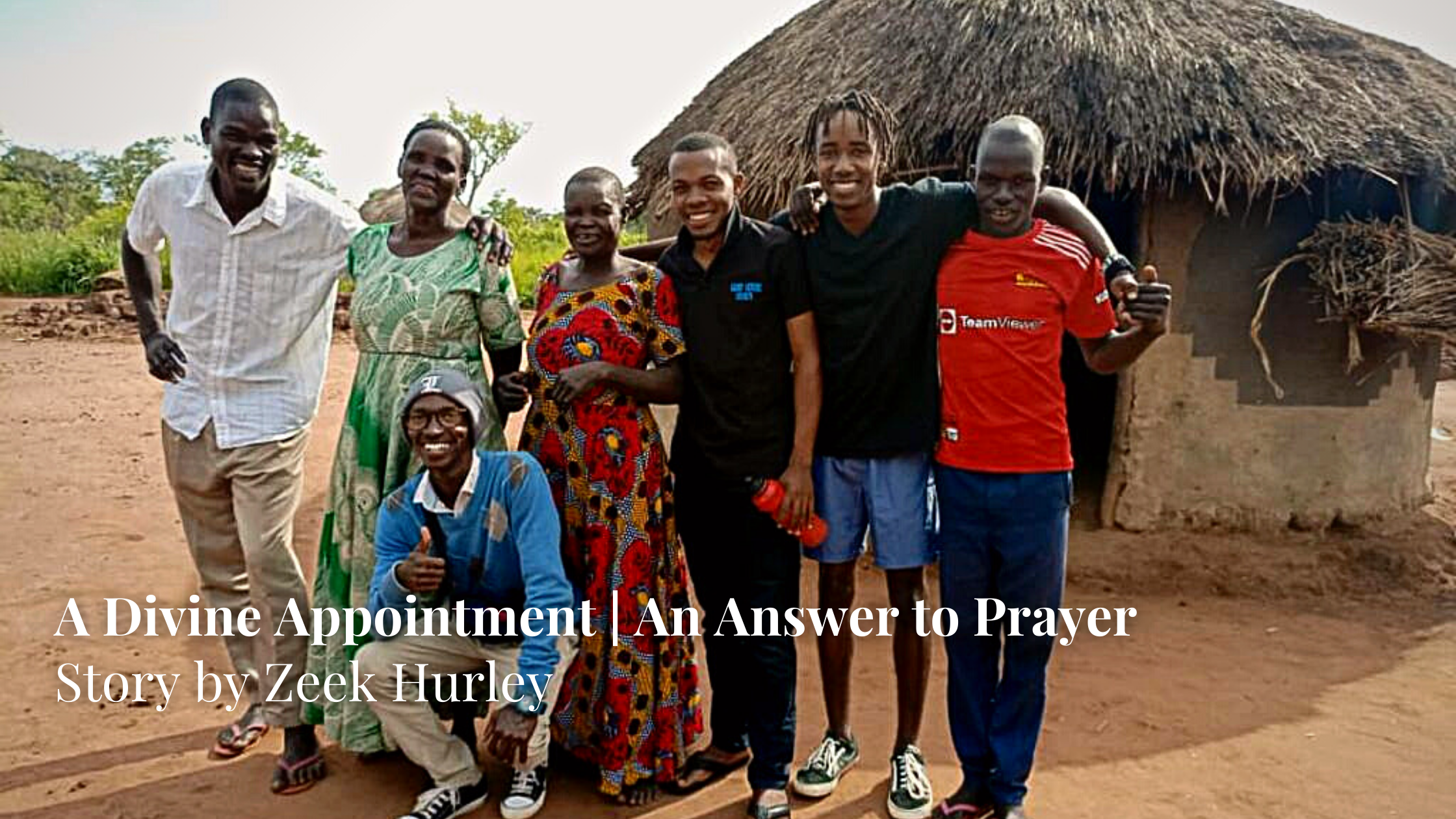 What followed I will never forget. Mr. Okello, with a radiant face, looked me in the eyes and said, “You are the answer to my prayers..."
SOS Stories
May 19, 2022

Has God forgotten us? Does He hear us when we pray?‍

Recently I witnessed a testimony of God answering prayer while on a missions trip that I took with my brother and a group of college students. We were invited to go on this trip by a friend who recently started a church. The purpose was to strengthen a pastor and his wife, and to draw the people of his community to his church.

‍We drove seven hours north to a remote village past Gulu, which is located in an area of Uganda that had been ravaged by wars and terrorists decades ago. When we arrived around midnight, we were greeted and serenaded with music and dancing. Eventually, we were divided into smaller groups and taken to the homes where we would be staying. When I reached the home where I was staying I was welcomed by ten goats that laid around my thatched abode. The door of the home reminded me of the hobbits’ in Lord of the Rings, and the smell of dung greeted my nostrils as I ducked into the tiny hut.

Bonding with my host, Okello Walter, was easy due to his warm, genuine welcome. When we were first introduced, Walter struggled saying my name. Although he could speak English fluently, in his local language they do not have the letters S, Q, J, X, and Z. The first night we met, which was at 3 AM, I told him that my name was Zeek, but when he tried to pronounce it, he said, “Jeek!” For the rest of the trip the name stuck.

Walter’s love for God and zealous heart for ministry immediately stuck out to me. For him, ministry wasn’t a duty, but a delight. This was evident in his hospitality towards our group and his tireless labor of love towards his community and church.

Walter was a shepherding pastor, but with little Bible knowledge. He had a lot of zeal, but little training. I started engaging in a conversation with him about my family, the ministry I came from, and what we do. I inquired of him if he had any interest in going to a Bible school.

He then began telling me about a conference that was hosted in his home district a few years back. He explained that at the close of the conference a muzungu (white man) invited pastors who had any interest in being trained to join his Bible school.

‍I could sense the disappointment in Walter’s demeanor as he recalled the opportunity that he had missed. So I asked him, “What was the name of the muzungu?” Walter explained that he was not able to get his name because the man was engaged in conversations with many other conference attendees.

I asked him, “Mr. Okello, if you had that opportunity once again, would you take it?” “Jeek, it would be an answer to prayer,” he responded.

I then began telling Walter about SOS Ministries and what we do. I told him how we have a Bible school called Shepherds Training Center (STC). At the mention of STC, Walter suddenly looked at me puzzled, but with a growing grin on his face. “What? Why the smile?” I asked inquisitively. He responded, “That is the same name the muzungu called his Bible school.”

Making sure we were talking about the same thing, I showed him my family prayer card. “Did the muzungu you saw look anything like this guy in the picture?” I pointed to my dad. “Yes!” he responded enthusiastically. Putting the pieces together, I told him that the muzungu was my dad and that he was the founder of the ministry that I came from.

‍What followed I will never forget.‍

Mr. Okello, with a radiant face, looked me in the eyes and said, “You are the answer to my prayers. For so long I prayed that the Lord would open up a way for me to see that muzungu again. He answered that prayer by bringing you, Jeek.”

‍As I recall my encounter with Mr. Okello, my only conclusion is that it was a divine meeting, a clear answer to this man’s prayer. To begin with, my decision to go on the Gulu trip was last minute. I was behind in my schoolwork and Easter was right around the corner. This would, after all, be my last Easter in Uganda with my family before going off to school in the States. Because of this, I thought it best to stay behind. But desiring to experience ministry somewhere else outside of SOS and our community, I decided to go.

The question that I still ask myself today is, what are the chances that I end up in this remote village seven hours north of Kubamitwe? And what is the likelihood that out of the team of twenty people I would be among the few that Walter hosted? Never would I have thought of or planned this trip on my own, but now I know that God had planned it long ago.

Clearly God has not forgotten His people. God does listen and does answer our prayers in His timing. For Walter, this prayer was answered two years later.

‍Please pray for Walter. Pray that the Lord would provide for his family as he makes his plans to join STC next year. Pray that he would become fully equipped for the ministry ahead of him, and that the gospel message would reach the war-torn people of Gulu.

‍But as for me, my prayer is to you, O LORD. At an acceptable time, O God, in the abundance of your steadfast love answer me in your saving faithfulness. | Psalm 69:13