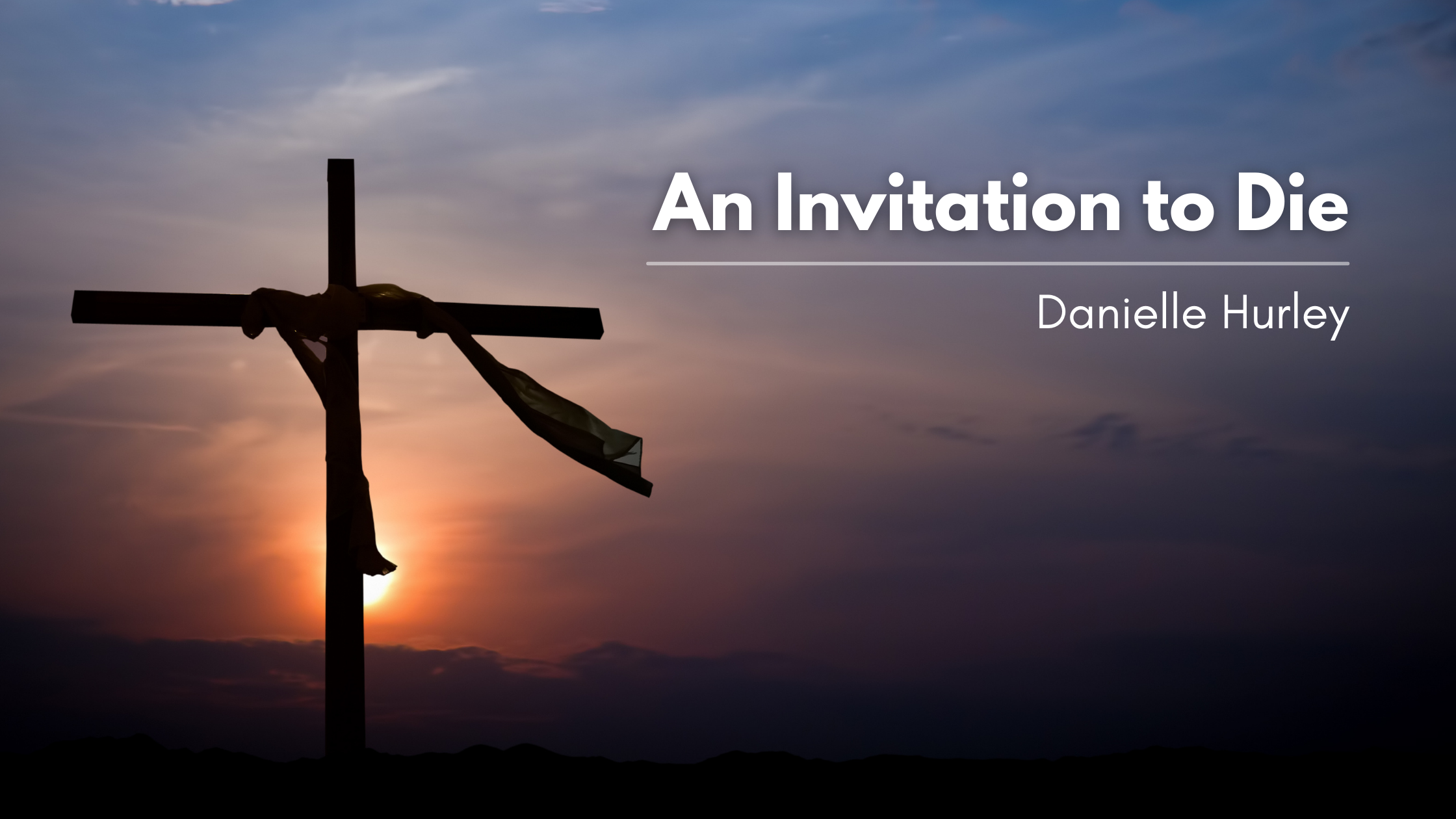 Jesus Invites You to Die with Him This Week
SOS Devotionals
April 14, 2022

I’ve read through the book of John I don’t know how many times, but had never realized the  specific message Jesus gave the week before His death. This message stunned me, and I wanted  to share it with you.

Anytime someone on death’s doorstep speaks, everyone leans in to listen. Those final words  tend to be important. The last words are those that must be said while there is breath. Jesus  spoke a lot of last words from Psalm Sunday till his death. While every word Jesus spoke is  significant, I especially lean in when I hear the words of his final days.

On the Sunday before his death, Jesus invites his disciples to die with Him. He introduces the  concept by giving an agricultural analogy that these agrarian men would understand. He  explains how useless a seed is without first dying when planted. The disciples would surely have  nodded in agreement. But Jesus then swings the conversation to make it personal: “Whoever  loves his life loses it, and whoever hates his life in this world will keep it for eternal life. If  anyone serves me, he must follow me;” He says it more dramatically in Luke 9:23, “If anyone  would come after me, let him deny himself and take up his cross daily and follow me.” Take up  his cross? That is a death sentence! Yet, that is the invitation Jesus gives—to die with him.

Only in Christianity is the path to abundant living through the door of death. The world invites  you to live for your dreams, your wants, your preferences. But Jesus warns that this kind of  living leads to a lost life, shattered dreams, and hopeless pain. The world gives us permission to  get whatever we want. Jesus invites us to give up what we want and take up our death. It is  because He knows that the daily dying to self is the way to fullness of joy. And Jesus thought it  was so important that He gave this invitation one last time before He died. He invites everyone  to experience the life that He died to provide. And He planned that the way we can share in it is  by also sharing in His death. But Jesus also knows that many won’t be able to die with Him to  live with Him. He knows that many people love the glory that comes from man more than the  glory that comes from God (John 12:43). Until God’s glory becomes more precious than our  own, we will only be able to live for ourselves, not die to ourselves.

So this passion week, Jesus invites us to die with Him in order to live with Him. Will you accept  the invitation? It is risky. It is painful. It is costly—just like death. Jesus died to give His life. Will  you die to gain yours? What is one way you can deny yourself for others?