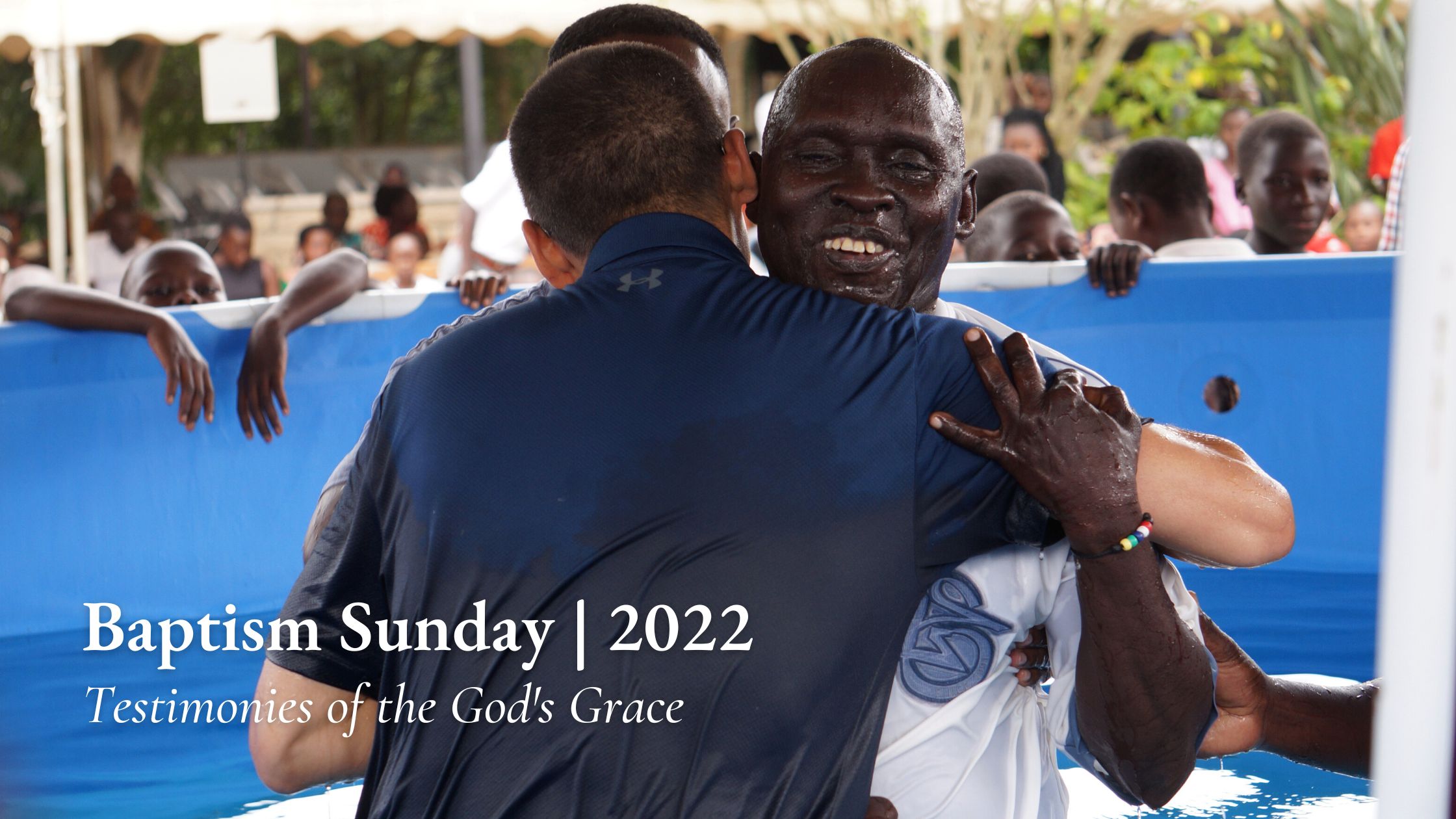 Sunday, May 22nd was a memorable day at Community Bible Church of Kubamitwe. It was baptism Sunday, one of our favorite days of the year. The entire church family gathered together to hear the testimonies and observe the baptisms of 17 individuals who surrendered their lives to Christ.
SOS Stories
October 21, 2022

Sunday, May 22nd was a memorable day at Community Bible Church of Kubamitwe. It was baptism Sunday, one of our favorite days of the year. The entire church family gathered together to hear the testimonies and observe the baptisms of 17 individuals who surrendered their lives to Christ. Men, women, and children eagerly gathered around the pool that sat in the middle of the courtyard at Shepherds Training Center. From the baptism pool we heard story after story of God’s relentless grace, love, protection, and compassion for the lost.

‍SILVER SENYONGA is one such story. Despite growing-up in a church-going family, Silver joined a gang of thieves during his teen years. His role within the gang was to sell the stolen items on the black market. Silver was eventually caught, and by God’s grace was passed on to the police rather than being burned by a mob that desired to take justice into their own hands (a common practice in rural Uganda).

He spent four months in prison in deplorable conditions until his dad bailed him out. When he returned home, his brokenness led him to accept an invitation from his family to join them at church and weekly Bible studies. Silver recalls, “Through those Bible studies, I became aware of the person and the work of Jesus Christ. The specific message of the gospel convicted me of my sin, which by God’s grace led me to bow my knees to the cross and believe that salvation is in Christ alone.”

The work of the Holy Spirit in Silver’s life is evident. He radiates joy and possesses a servant's heart. He is an active member at CBCK, serving the youth group and weekly Bible studies.

‍CLINTON AKUNDA, a 17-year-old young man, is another example of a life transformed by the gospel. His childhood was full of hardship, and seeking answers to life’s most fundematal questions, he swayed from Catholicism to Islam as he tried to find the truth and peace. It was while watching TV one day when Clinton stumbled across a pastor who called anyone desiring peace to surrender their life to Christ. At that moment he prayed, but he knew little about what it meant to be a follower of Jesus.

One day while attending a CBCK youth group Bible study, where the topic of forgiveness was emphasized, Clinton was deeply convicted of his hatred towards his father who had abandoned him at a young age. Through the careful and loving guidance of a youth group leader, Clinton made the decision to forgive his earthly father and lay before his Heavenly Father the pain that he had been carrying since his early childhood. By God’s kindness, it was at that moment that Clinton made the connection of forgiving his father with the grace of God in his own life. He says, “I am sure I was saved that day because I felt a burden off my heart as I cried out to God, and forgave my father.”

‍MARGARET is 78-years-old and has been attending churches her entire life, assuming that good church attendance would help earn her way into heaven. Not long ago, Margaret joined a women’s Bible study led by Sarah Stepanian, who is one of our missionary wives. During one of these studies, when Romans 3:10-18 was being discussed, Sarah explained how we are all sinners, deserving of death, and in desperate need of a savior. Sarah shared the good news of Christ, that Jesus is the one who died on the cross, bore our sins on our behalf, and opened the door of salvation to anyone who confesses their sins and believes in Him.

Margaret shared, “Knowing that I was among these sinners, I decided to give my life to Jesus. Even at this old age I have decided to be baptized in obedience to Christs’ command.” Margaret courageously entered the waters of baptism, demonstrating to our elderly church attenders that it is never too late to believe in Jesus and follow Him.

‍Baptism Sunday is a beautiful reminder that we are not called to save, but rather we are called to be faithful to the Great Commission. Our church leaders tirelessly love, serve, and commit to preaching the Word of God week in and week out. We are thankful that each Sunday our church is full with saints who truly desire to worship the Lord. But God alone saves, and thus all glory, honor, and praise belongs to Him.