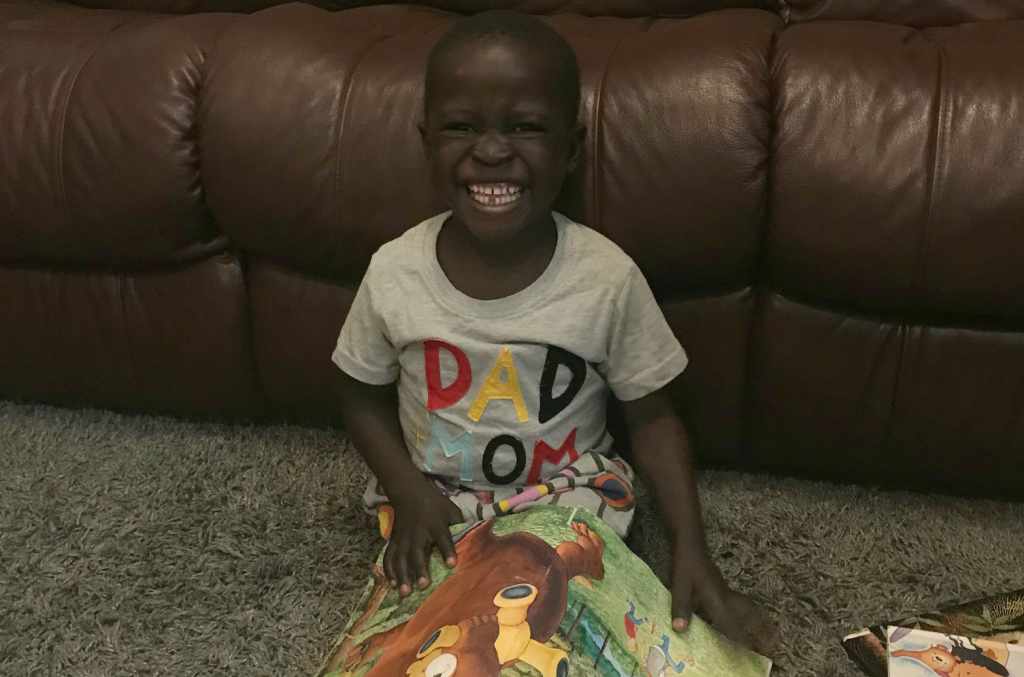 Who is Elijah? Elijah used to be Ivan (nicknamed Ivan the Terrible at the beginning). But much haschanged since that name. On August 13th of last year, Ivan’s mother died in childbirth. After giving birthto a beautiful baby girl, she hemoraged and most likely didn’t make it to the clinic, bleeding to death onthe boda (motorcycle taxi). His baby half-sister is in the adoptive process with our teammates, Damonand Jen Cupp.
Sufficiency of Scripture
June 5, 2020

Who is Elijah? Elijah used to be Ivan (nicknamed Ivan the Terrible at the beginning). But much has
changed since that name. On August 13th of last year, Ivan’s mother died in childbirth. After giving birth
to a beautiful baby girl, she hemoraged and most likely didn’t make it to the clinic, bleeding to death on
the boda (motorcycle taxi). His baby half-sister is in the adoptive process with our teammates, Damon
and Jen Cupp. We heard about this tragic death from Ivan’s uncles who live in our home while they
attend school. Shannon attended the burial the day following the mother’s death and discovered that in
addition to the infant, a 4 year-old boy was left behind. After inquiring whether any of the family
members would take him (including the witch-doctor maternal grandfather and HIV positive, alcoholic
maternal grandmother), Shannon drove Ivan to our home. He was dressed in a shirt twice his size,
wearing no pants, underwear, or shoes. His bare feet were infested with jiggers (flea larvae), and little
Ivan was terrified. He cried and clung to his uncle. He didn’t know a word of English. We cared for his
basic needs, but tried to let him slowly adapt. After almost a week of letting the teenage uncles provide
pathetic mothering, I decided to step in. It killed me to think of a preschooler falling asleep without
getting tucked in, so one night, I bathed Ivan, helped him with his bedtime routine, and took him to the
boys’ dorm room for a proper tuck in. Several young men watched wide-eyed as I read a story, sang,
prayed, and gave Ivan a kiss goodnight. No one had ever tucked them in before.

I didn’t know what to do with Ivan. We asked other church members if they could take him. My house
and arms were already so full of souls. When no one responded to our offers, I decided to be Ivan’s
mommy as long as he needed me to. The first pajamas I bought him said, “Dad+Mom=Awesome”. I
couldn’t resist. He now had a mom AND a dad. No one knew where his biological father was. He had
been missing for years.

Ivan wasn’t just fearless; he was independent. Clearly, this little guy had taken care of himself. He acted
like a 15 year-old in a 4 year-old body. He could do everything by himself. When I took his little hand in
mine, he tried to wiggle away as fast as he could. He didn’t understand affection. He had to learn it. So I
started with a bedtime routine. After that first week, I moved him into our bedroom to sleep on a little
mat on our floor. We read the same three stories every night, ending with Noel Piper’s, Most of All,
Jesus Loves You!. We sang “Jesus Loves Me” and prayed each night. He quickly memorized “Jesus Loves
Me” and could sing it before he could speak any English. He loved the routine. He anticipated the next
step and beat me to it. This little guy was worming his way into our hearts.

In September, our family took our planned 7-week trip to the States. A Ugandan couple from church
moved into our home and played Dad and Mom in our stead. When we returned, we had decided as a
family that Ivan needed to become a Hurley. And he needed to become Elijah Hurley. He easily accepted
the name and responded to it the first day!

We quickly learned that Elijah’s name suited him—a fearless prophet. Our Elijah had no fear. One day he
was found climbing up the water tank (3 stories high), and climbed down a nearby tree. He taught
himself to skateboard by “surfing” on it and standing up while it was going. He learned how to ride a
bike in two days. We never bothered with training wheels.

When we decided to adopt him, I knew I had to homeschool him. That’s the only way I feel that I can
parent my kids here in this busy ministry environment. After school hours, with our full home of
hospitality, I don’t want to miss out on time with the kids. So I have to make the most of it during school
hours when I’m focused at home. So I started Elijah in pre-K. After 6 weeks, he graduated to
kingdergarten and is now learning to read.

One of his favorite books is Guess How Much I Love You, and we have “I love you” competitions during
the day to see who loves the other one more. He’s already learned chivalry and likes to carry heavy
things for me. Yes, I’m smitten. How could I add an 8th child to our family? Would I have enough love?
That’s the amazing thing about mothering. Whether biological or adoptive, God has made mommies to
love. And Christian mommies have the love of God poured out into our hearts—so there is always
enough.
So that’s Elijah’s story!
We can’t wait for you to meet him, Lord-willing, when we travel to America next time!