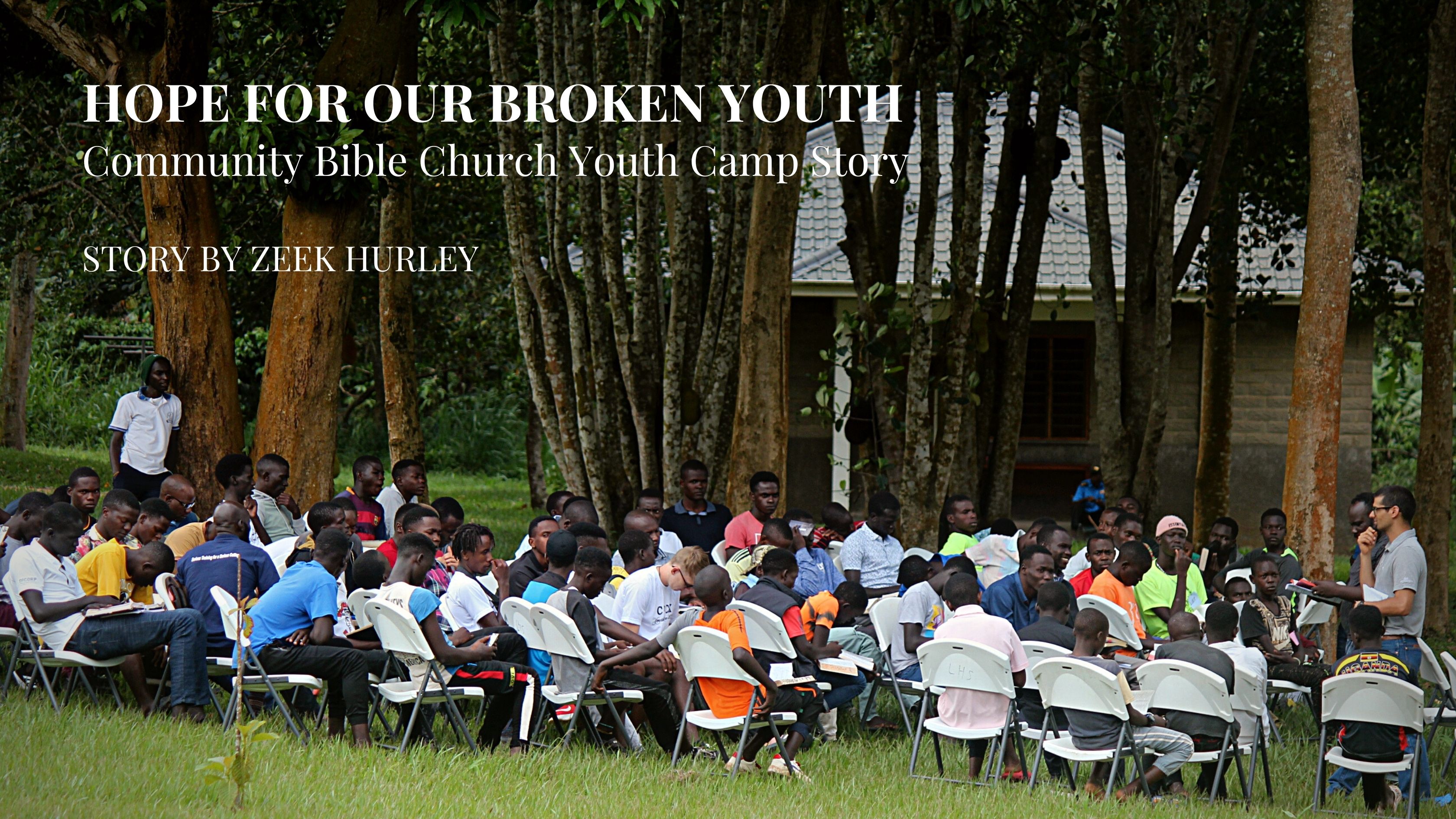 It is difficult to hear of the heartbreaking situations that devastate the lives of so many of our youth, but we know that the hope of the gospel of Christ is able to mend the brokenness. In this blog post Zeek Hurley shares the stories of 3 individuals who were impacted by a recent youth camp held by CBCK.
SOS Stories
May 19, 2022

“The LORD is near to the broken-hearted and saves the crushed in spirit” | Psalms 34:1

Everyone is well acquainted with the Cinderella story—it’s a classic. Here is a quick breakdown. Cinderella lost her mother at a very young age, so her dad raised her as a single father. Cinderella had a tight daughter-father relationship. Her dad was a wealthy nobleman who made his living as a merchant. His trade had him moving all over the world. He soon remarried and not long after, died. He left Cinderella with her stepmother and two stepsisters. Cinderella went from being a child to a slave. As sad as the movie was, it had a happy ending. She married a prince and like all Disney princess movies, she lived happily ever after.

The heartbreaking aspect of the Cinderella story is sadly a reality for many in our world today. The expected response watching this film is, “How can one be so evil?” Here in Kubamitwe, Uganda, many stories are reminiscent of Cinderella’s life. Many broken lives and stories meet us in our own village.

‍Meet Tim, Jessica, and Ronald. Their names have been changed to protect their identity.

‍Tim. Tim was born in 2005. His mother died before he could remember her, and his father disowned him at the age of seven. From a young age, Tim has never experienced a father’s love. For the sixteen years that Tim has been alive, all he has ever known is brokenness. He once told me, “I wish I was never born. Where is my place in this world? I am just a ball kicked wherever.” Constant abuse has been Tim’s daily life. His uncles would beat him mercilessly, deprive him of food and overwork him.

Before I got to know Tim on a personal level, I observed his dressed code—same clothes from Monday to Monday. And for the longest time, I believed he was around the age of twelve to thirteen. He was under five feet tall and weighed about 60 pounds. Despite coming from a broken life, bitterness has never defined Tim. This little man has known hunger, sleepless nights, pain, and persecution, but through it all Tim has never lost his humanity. For as young and small as he is, Tim has stood like a champ.

‍For Jessica, sex is not anything unfamiliar. Although only seventeen years old, she has slept with more men than she can count. The topic of the honorable marriage bed would seem like a joke to her. How did her life get to this? Jessica’s mother had an influence on her from a young age. Her mom slept with men for money, and to her, sex with men meant food on the table. Although her mother lived with a man and already had kids with him (Jessica’s absent father), because there was no marriage covenant, what was to stop her from sleeping with other men?

At the age of thirteen, Jessica became an active disciple of her mom. She spent two years living with her uncle that catapulted her into sexual enslavement. Her uncle was given to worldly pleasure and used Jessica to further his pursuits. He would take his thirteen year old niece to bars and clubs and give her out for the pleasure of his friends. From time to time, his friends would call him to book her for a one night stand. At the end of the two year period, Jessica was no different from a hooker.

‍Life for Ronald is a constant nightmare. His dad abandoned his mom and him before he was born. From a young age he had to sacrifice school to take care of his mama and siblings. Although they didn’t have much, they were content and lived peaceably.

This all changed when Ronald’s mom entered into a relationship with another man. It didn’t take long until this man started beating his mother. In recent conversations I’ve had with Ronald, he expressed the on-going conflict he’s having with his new stepfather. “I can’t stand watching this man beating up on my mama in front of my eyes. I used to be the man of the house.”

‍Unlike Cinderella, we don’t yet know how these stories will end. However, in the midst of the heartbreak, we are able to offer these lives hope. Last month, Tim, Jessica, and Ronald were 3 of 162 young adults from our community that attended a youth camp at Community Bible Church of Kubamitwe (CBCK). I was blessed to be a part of a team of 19 youth group leaders who served these kids. We were privileged to sit under the teaching of our elders and Shepherds Training Center professors, where the importance of biblical purity and personal holiness were embedded into us.

Although it is difficult to hear of the heartbreaking situations that devastate the lives of so many of our youth, we know that the gospel of Christ is the only source of hope that can mend these broken hearts.

Despite a depressing beginning, our Lord is still writing Tim’s, Jessica’s, and Ronald’s stories. Tim is now being fostered by a God-fearing couple from our church who are helping him heal from his past hurts. Jessica is progressively walking away from her former lifestyle and developing personal convictions. And Ronald recently gave his life to the Lord and is pursuing baptism. He is also learning how to love his stepfather and forgive him as he has been forgiven.

‍Please pray with us that the Lord would keep transforming the hearts and lives of our young adults, and that He would raise up a generation that is devoted to His Word.‍