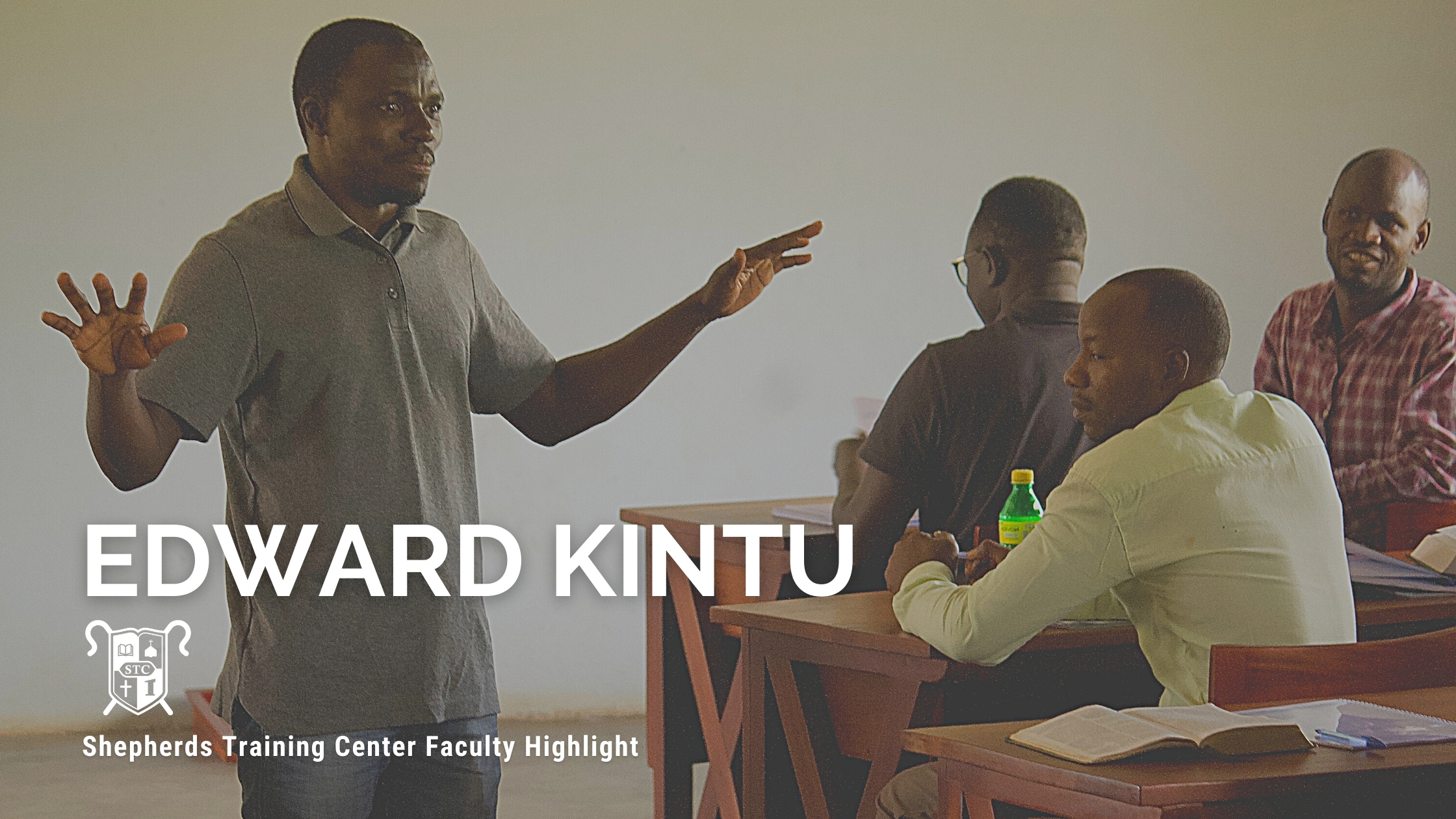 Pastor Edward Kintu graduated with his MDiv from Southern Baptist Theological Seminary and moved back to Kubamitwe in October to serve as a professor at Shepherds Training Center. Shannon first met Edward in 2006 as a 25 year old lay reader in the Anglican Church.
SOS Stories
May 19, 2022

Pastor Edward Kintu graduated with his MDiv from Southern Baptist Theological Seminary and moved back to Kubamitwe in October to serve as a professor at Shepherds Training Center.‍

Shannon first met Edward in 2006 as a 25 year old lay reader in the Anglican Church. Born into an Anglican home, Edward was exposed to the truth of his sin and decided to join the clergy of the Anglican Church. Edward had grown up in a rural village in Mityana, 60 miles  (3 hours by car) from SOS’s Mukono headquarters, having been raised by his grandmother.

The lay reader college that Edward attended in Mukono, which participated in SOS’s very first 15 week pastoral training in the book of Romans, ended a few weeks before SOS’s training would be completed. So a number of students who lived too far to commute to SOS’s training were in need of housing. Needing a place to stay, the Hurleys invited Edward to stay in their home during the completion of his studies.

In the Hurleys’ home, Shannon observed Edward’s dependency on Christ, hunger for the Word, and passion for preaching. Realizing his unique potential, Shannon sought to invest in Edward’s further theological training.

First, he would need to finish 2 years of high school education. So every day for the next two years, Edward faithfully rode his bicycle from the Hurley home 2 miles one way to attend high school classes. He then pursued his bachelor’s degree while living in the Hurley home and being discipled by Shannon.

After SOS transitioned to Kubamitwe and upon college graduation,  Edward joined SOS in Kubamitwe as the pastor of our new church plant, Community Bible Church of Kubamitwe. When he wasn’t preparing his weekly sermon, he was discipling the members of our community in the gospel. Most of the early baptism testimonies in our church included affectionate credit to Edward’s investment.

Edward soon noticed a beautiful young lady who was a part of the Hurley extended family named Hope, who would make a wonderful teammate in ministry. After several years of prayerful observation, Edward proposed and soon married his beloved. As newlyweds, they moved to the USA to study at Southern Baptist Theological Seminary. In October of 2020, Edward and Hope returned to Uganda where they serve once again, along with their newborn daughter, Bella.